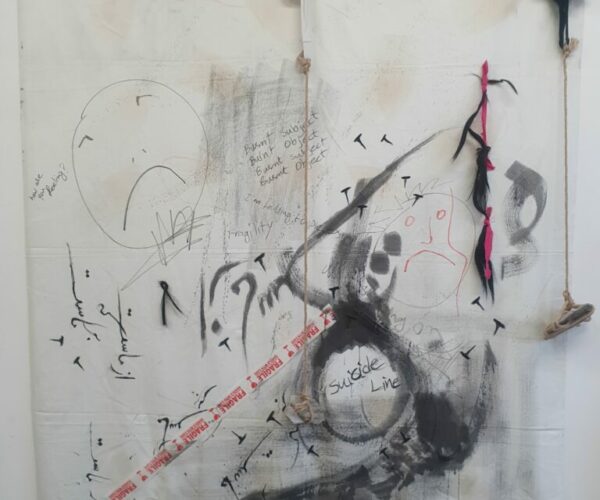 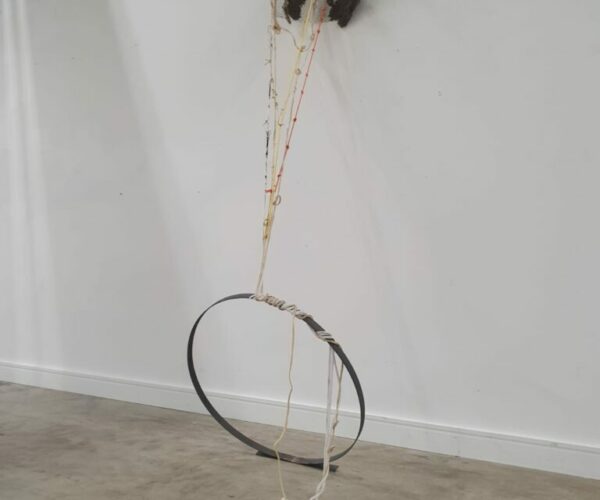 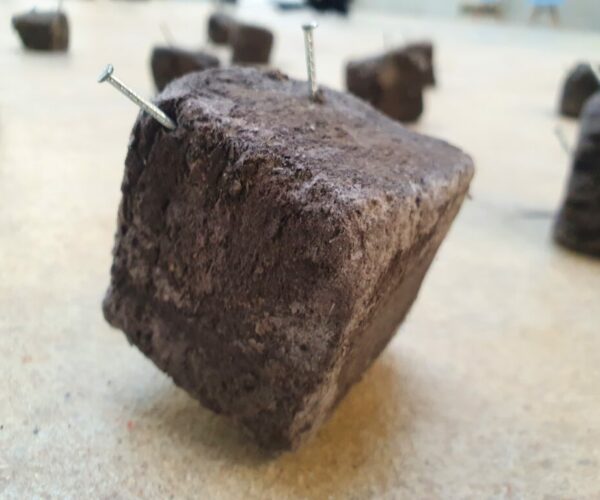 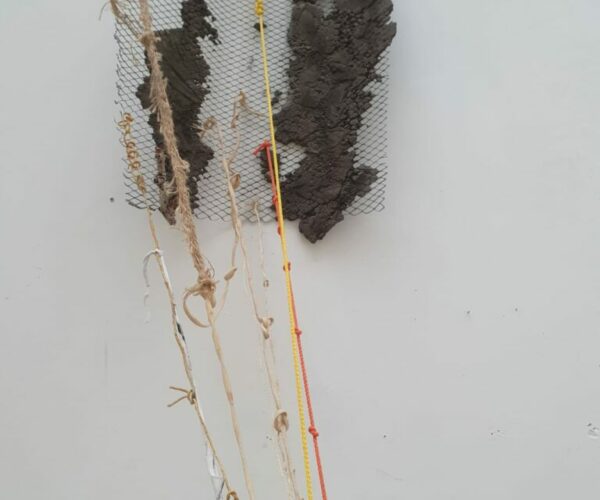 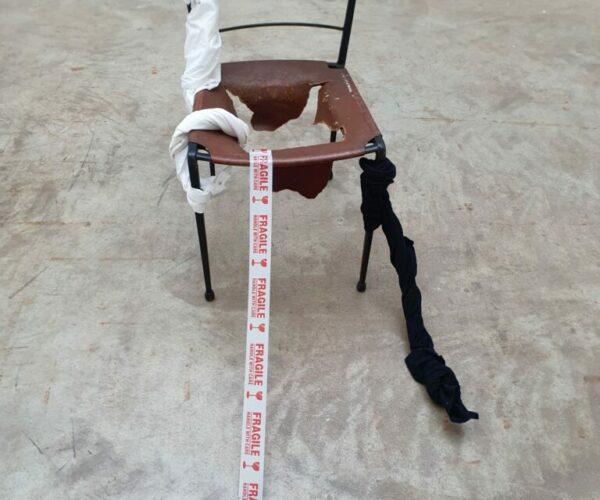 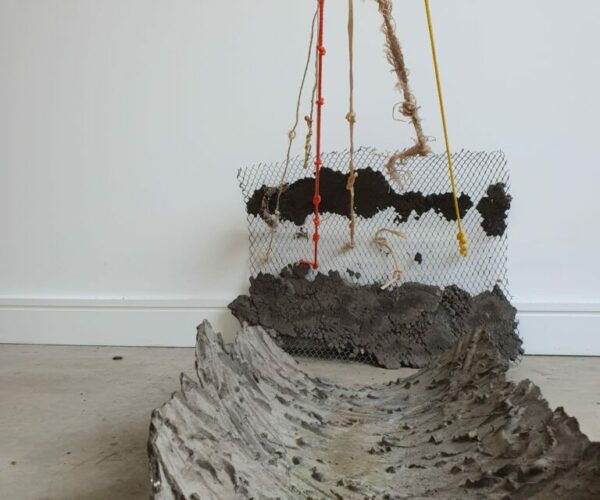 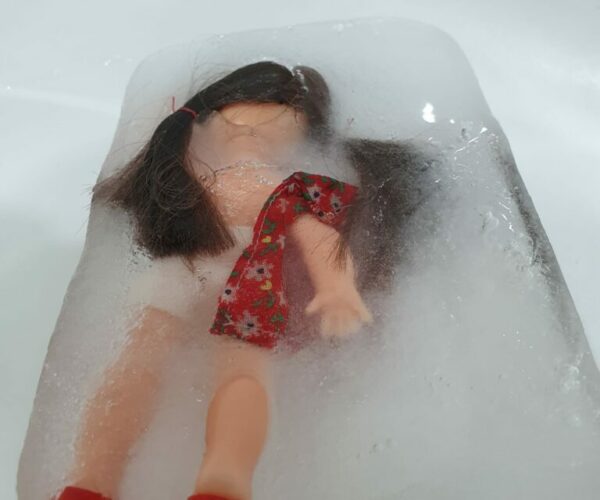 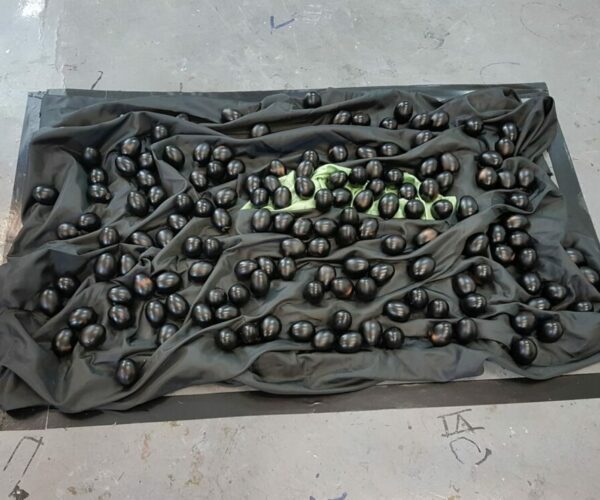 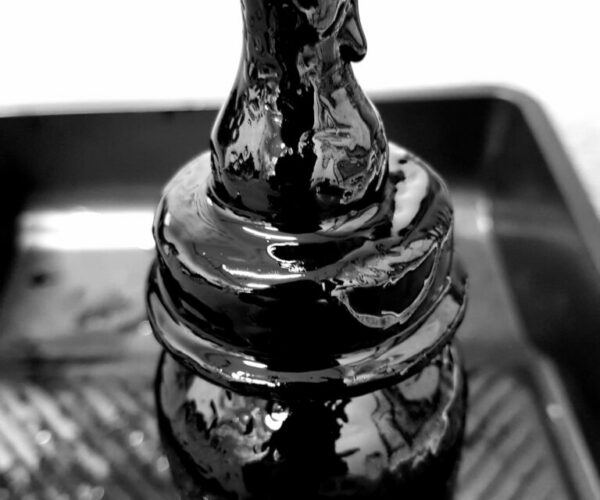 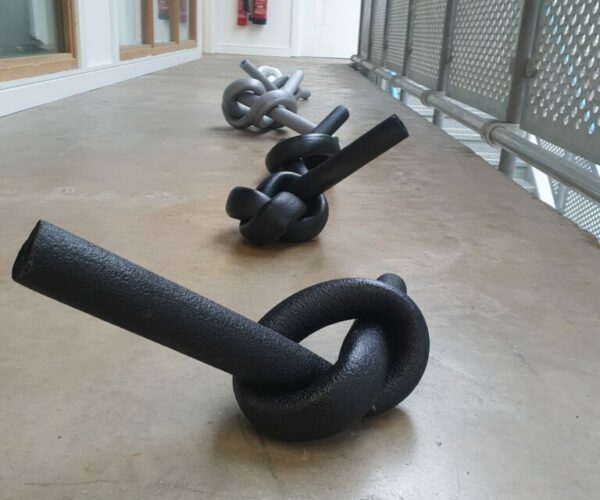 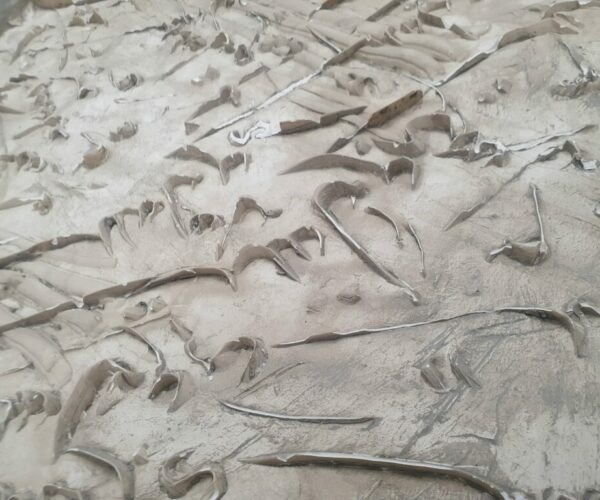 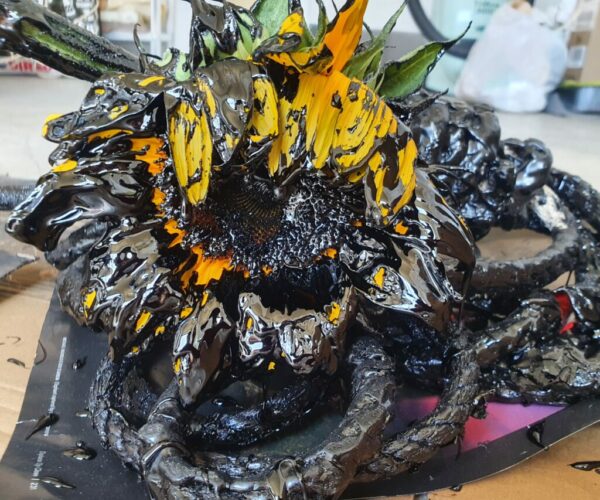 Farnoush was born in Iran. She lives and works in London. She was graduated from the Art Academy London in July 2019. Exploring material language, their connection or disconnection and their relativity to her chosen concept is her main focus. She somehow extracts the most relevant material, symbol or gesture from her chosen subject which she has been deeply affected by.  Her work has been influenced by Iran’s revolution, war, religion and politics. Her practice consists of installation and performance art. She explores material such as: human hair, fabric, feather, metal, clay, concrete, ice, tarmac and read-made objects. By placing the familiar object in an unfamiliar form or space she overwhelms the viewer with an uneasy feeling.

She has been exhibiting in various galleries in London since 2017.

In 2018 she won the “People’s Choice Award” by Passion for Freedom Art Festival at the La Galleria Pall Mall and The Royal Opera Arcade Galleries in London.

In 2019 she was shortlisted and won the Sheroes Revoluciones Art Prize by Lon-art Creative in London.

In 2020 she was elected as a member of Royal Society of Sculptors and was given the title MRSS. She was also selected to exhibit at the Nauvele Vague gallery in Marbella, Spain in the same year.

In 2021 she has had her first solo exhibition by Nauvelle Vague Artspace at the Patioo Mono-Room in Cadiz, Spain.

In 2021 for the second time she was the prize winner of the Sheros Revoluciones exhibition by Lon-art Creatives funded by the British Art Council.

She has also been invited to exhibit at the U-jazdowski Museum of Contemporary Arts in Warsaw in 2021 until 2022.