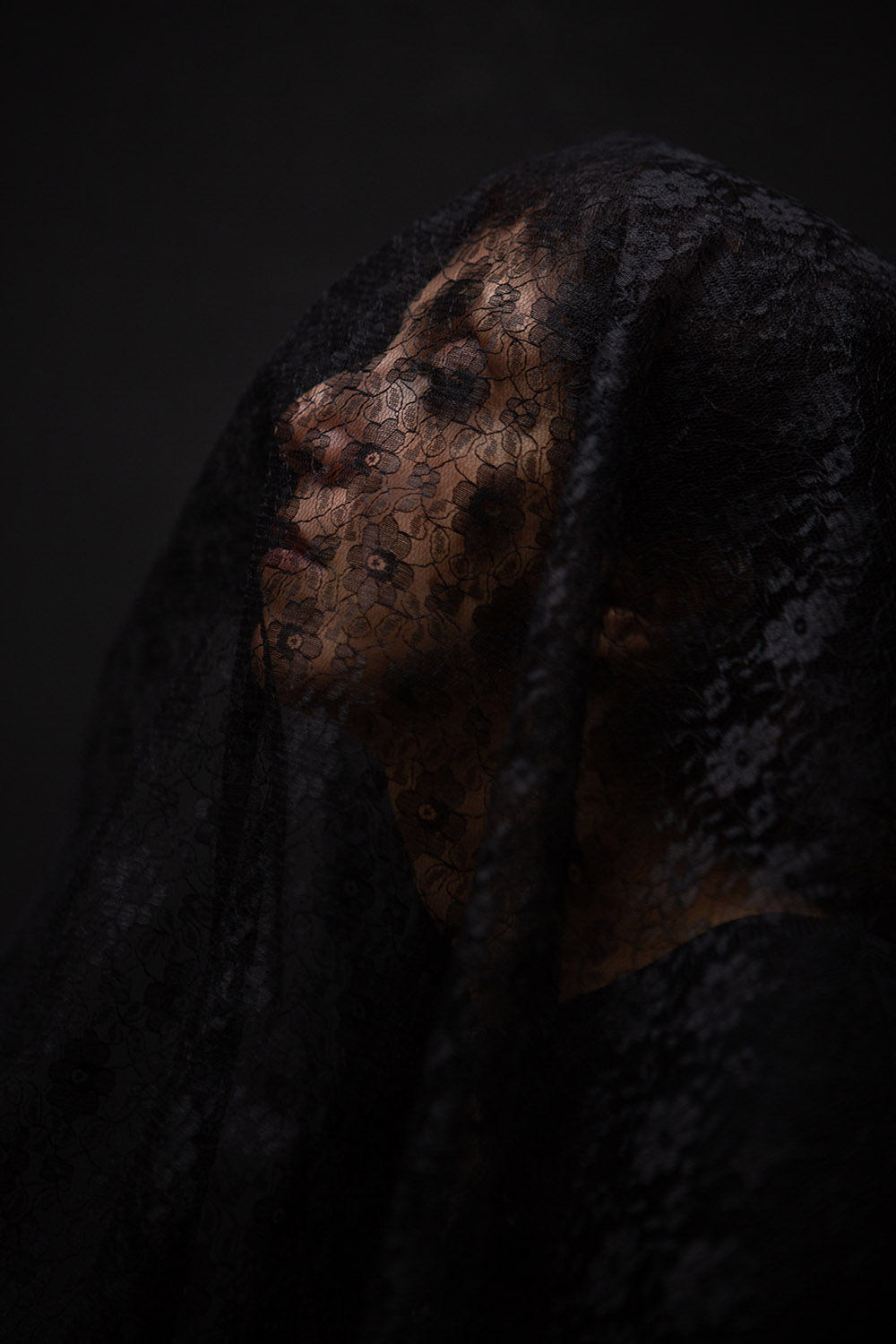 Influenced by my memories from Iran where I grew up including the revolution, suppression, eight years war with Iraq and women’s lack of freedom, I extensively research these subjects through documentary footage, articles or photos.

I look beyond boundaries created by religious or political suppression to create my own language of temporality in my Installation and performance art practice.

By imbedding cultural or religious symbols, I try to communicate a hidden message to the viewer and to overwhelm them with a sense of entrapment by taking them to the edge of their tolerance facing implied violence or death in some cases.

There is a presence of an action in my work. This could create anxiety of the unknown in the audience, something I have been carrying most of my life, as a result of spending years in fear of air raids and being warned or arrested by moral police.

My material language encompasses human hair, fabric, metal, clay, concrete, ice, feather and ready-made objects. By using these I create tensions and relationships between organic and non-organic matter, between life and death.

Colour black and the black fabric have had a dominant and recurrent use in my work. It is customary for Muslim women to wear the hijab which is mainly made of black fabric to be kept hidden from the male gaze. Colour black is also used for mourning and religious banners or flags in Islam.

Minimal materiality and its transformation could seem effortless but yet complex. A simple knot or the noose can change the whole perception of that object.

Doris Salcedo has inspired me the most by using material charged with significance to address political issues. Like Salcedo, I transform the familiar object into something unfamiliar, but unlike hers my work is not about remembrance and mourning it is about the injustice of what is happening right now. There is a presence of an absent in Salcedo’s work, but in mine there is a presence of a present.