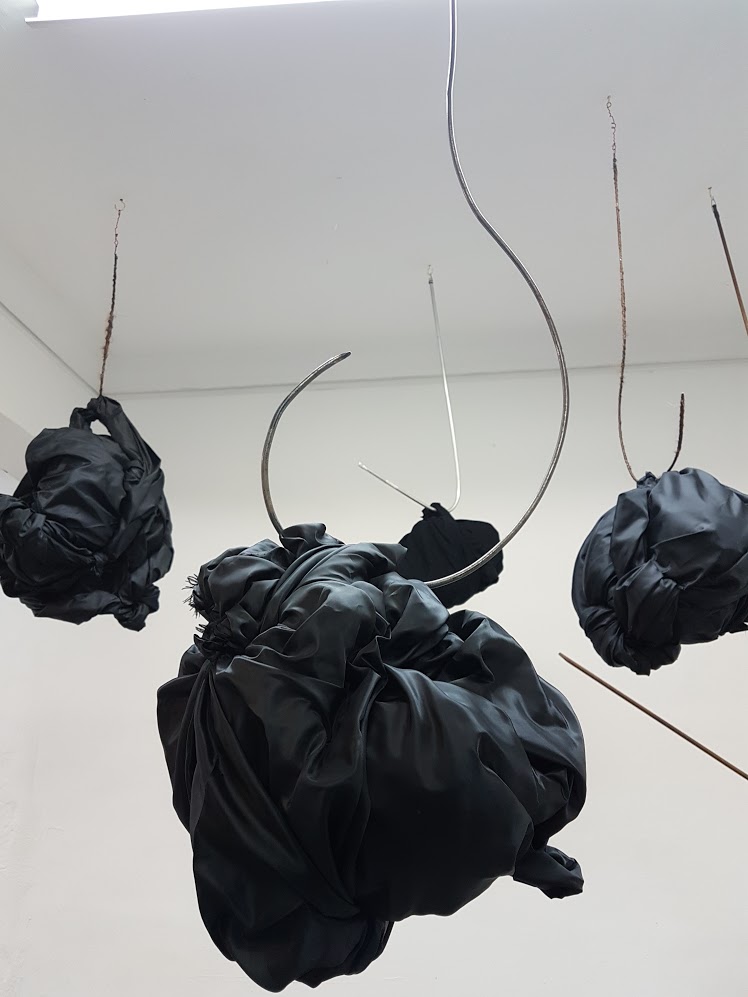 The battle between our beliefs and secret doubts could create deep struggles in our minds. By questioning our beliefs, I want to show how ingrained the political and cultural beliefs could be, even to a sceptic and how we may become blind followers of certain ideologies or behaviours. By interweaving my personal history of culture, religion and politics I portray fragility and threat in order to create a feeling of fear and a sense of foreboding in the viewer. 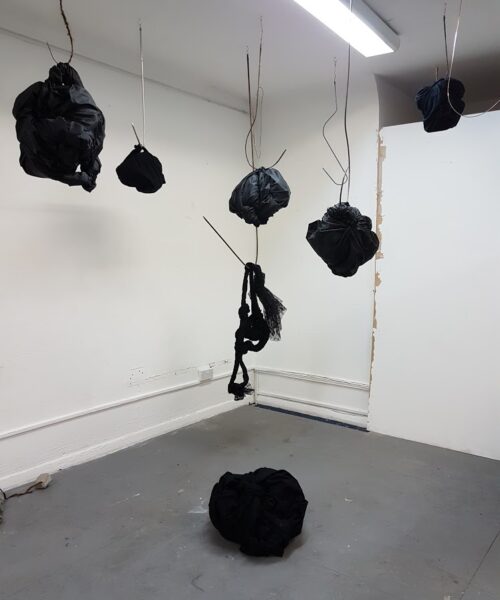 This work is about women being forced to cover up (specially their hair) regardless of their beliefs in some Muslim countries. The “Black Satin” is a traditional cover for Muslim women in Iran called Hijab. Women who are forced to cover up refer to the one who do this willingly, the “Black Crow”. Crow symbolises bad omen and something sinister.

The knots are also a reference to the religious and cultural act of “Tying A Knot”. This is a customary act whilst visiting holy shrines. The pilgrim uses a piece of rag and ties a knot to the shrine whilst saying a prayer. The knot is an impasse and a dead-end. 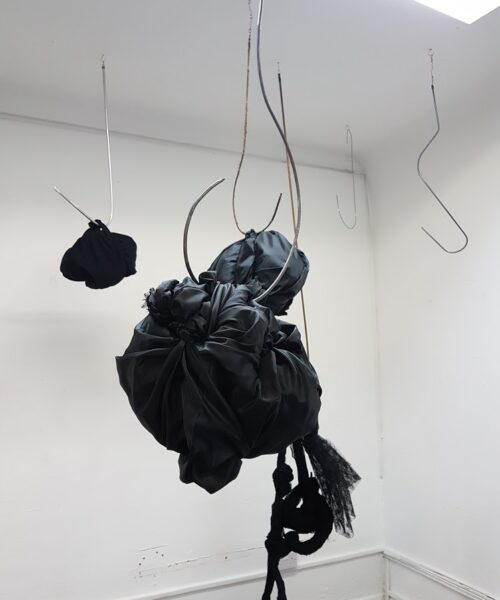 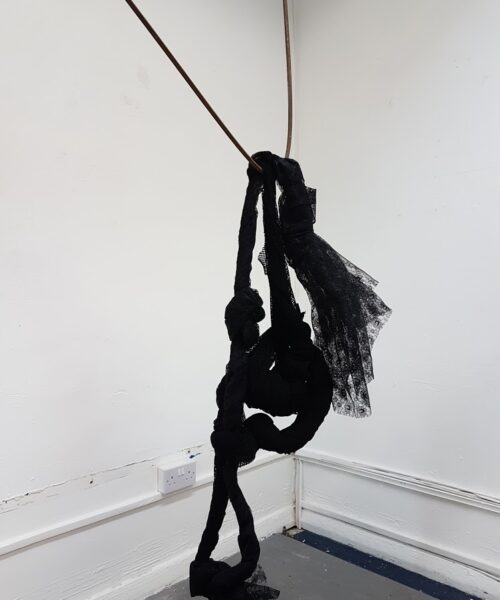 Where the sound dies